Is the True Agenda of Secretary Arne Duncan and President Obama to De-Professionalize Teaching?

There’s no doubt that Secretary Duncan and President Obama have seized the opportunity to demonize teacher unions as the villains who have been the true opponents to education reform and promoters of the status quo. While Secretary Duncan and President Obama have used laudatory language to suggest they embrace teachers, there have been times when their actions and words seem to suggest a darker agenda. When both President Obama and Secretary Duncan applauded the firings in Rhode Island, and in doing so, they appeared to be callous to the struggles teachers face in schools each day. More recently, Secretary Duncan’s praise of the LA Times publishing of teacher names tied to test scores seems to suggest a total lack of compassion for teachers. He can take all the bus tours he wants, but he has no idea what it is like to teach in a public school. It is his uncanny ability to say things at the wrong time or in the wrong way that make him look phony to many educators. He does not just make teachers who belong to unions angry. He makes those of us who do not belong to unions angry too. Perhaps the Obama administration and Secretary Duncan do want to “de-professionalize” teacher unions as the Democracy Now video below states. Their willingness to put school reform in terms of you are either with us or against education reform is a dirty tactic by itself. Perhaps that to is part of their agenda to “de-professionalize” the teaching profession. 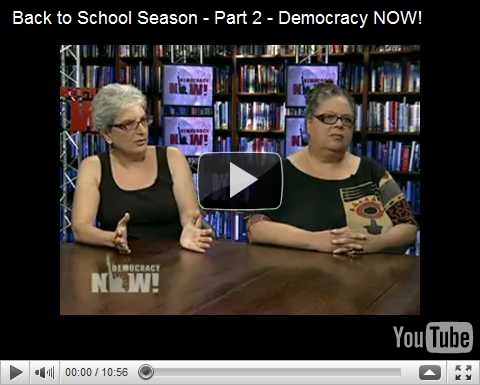