Indistar: Taking the Creativity Out of School Improvement Through Standardization and Imposed Conformity

"The problem with conformity in education is that people are not standardized to begin with." Sir Ken Robinson, Creative Schools: The Grassroots Revolution That's Transforming Education

Let's face it, our public education system is still all about conformity and standardization. We talk a lot of rot about "innovation" and "thinking outside of the box," but in reality, many educators still adhere to the faith that there are a list of single "research-based" indicators that exist somewhere out there that can guide our schools to the promised land. Companies manufacturing educational products know this, and make all kinds of promises that their products will lead us to the "Land of Eternal Achievement." A perfect case in point is a new product that the state of North Carolina has adopted to ensure conformity and standardization of school improvement planning. This product is called Indistar.

When you check out Indistar's web site, it is immediately clear they've got their "marketing shoes on." (Check out their web site here:  http://www.indistar.org/). Immediately the promises of educational prosperity hit you square in the face with "Your Leadership Team's Best Friend." It promises that schools can "get better together." Basically, it is school improvement software that promises to help school improvement teams to academic prosperity through helping them implement its "research-based indicators."

As a principal and educator who has experienced this product for one year, I am afraid it most likely will lead, not to academic prosperity, but ensure that your school conforms to what the makers of Indistar see as an "effective school." This software isn't about empowering schools to find creative solutions to the problems they face; it is about forcing schools to apply a list of "research-based indicators" so that they conform to a single image (Indistar's) of what an effective school should look like.

It was Fenwick English (2003), educational leader and scholar, who once said, "To reduce such claims (of effective schools) or "school improvement models" based on de-contextualized behaviors [emphasis mine] on a 'research base' which itself has been standardized in 'right truth-seeking methods,' is to resort to hegemonic practices which can only be supported via political enforcement [again, italics mine]. In other words, the whole idea that one can create a list of 'de-contextualized behaviors' that will somehow solve all the ills and problems of the schools, can only be supported if it is made mandatory, as North Carolina has done. Its claim of all being 'research-based indicators' is its claim to legitimation, but what is left out of the equation is that all of these 'de-contextualized behaviors' happened in very contextual situations that may or may not be applicable to other schools. Educators would do well to be 'skeptical' of any organization, company or even other educators who throw around the term 'research-based' as support for their product. And, just keep in mind that just because they provide a 20 page bibliography, or larger, and links to research articles, that again does not necessarily translated into an effective product for every school or district. The number of bibliographical entries or research articles does not automatically mean a 'valid technology.' Anyone with an APA manual and Google Scholar can make a bibliography.

Besides its rather ponderous claims of helping schools to "get better together," the reality is that Indistar is just another one of those miracles of marketing. That explains why North Carolina has rushed to force schools across the state to adopt it. The gist of Indistar is rather simple. School improvement teams assess their school against a ponderous list of so-called "research-based" indicators to see if their school measures up to them. If they feel they have met the indicator, they must engage in the massive undertaking of collecting evidence to show they have met the indicator. They submit this evidence online, then a voice from the cloud above reviews their evidence to judge whether that evidence meets the indicator. If the judgement is that they have, they then move to the next indicator. They do this until they have made their way through a hundred or so indicators. Voila, once they have met all the indicators they should have reached the "promised land of academic achievement aplenty." If they find themselves wanting with an indicator, then that indicator becomes a school improvement goal. The school works to make that indicator happen, provides evidence, then they submit that evidence to the cloud judgement seat, and if judged in affirmative, they can move on to the next indicator. That is "school improvement" according to Indistar. What better way for district and even state education administrators to actually "control" the schools under their charge! This is truly a great tool to "manage from a distance!"

The whole problem behind Indistar and products like it, is the faith that there are "prescriptions" out there that will fix any school problem that exists. We've been trying this approach to improving schools for more than the last 30 years, and I dare say we are not any closer to making education as a whole better. In fact, in many ways we've only made it worse. We aren't going to improve education by using software like Indistar to impose what is believed to be a set of "research-based" prescriptions on our schools, because the problems in our schools are very often unique problems that require creativity and innovation, not simple application of what some researchers in the ivory towers of quantitative research have found to be true.

Products like Indistar are not innovative; they are simply high-tech regurgitations of all the prescriptive, management from a distance strategies we've been engaged in for the past 30 years or so.

I have not doubt that the makers of Indistar mean well. I am also aware that, like so many innovative products, it makes claims based on "success stories" and with its slick web site where it markets a Utopian future for those who dare to use its product. Sadly, as a user of this product for a year now, I would say it is more about making sure schools conform to someone else's idea of school improvement rather than giving schools the freedom to be really creative in solving their problems.

The problem with Indistar and products like it is that schools are not standardized to begin with, so applying a list of so-called research-based prescriptions are not likely to bring the same results in every case, and that is a major problem with this product. The problems we deal with in our schools are very often local contextual issues. We really don't need more software to help us resolve these issues; we need the freedom to approach the unique problems we face in a creative manner. 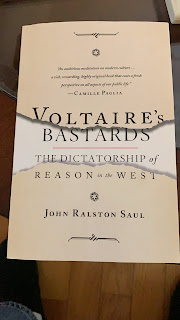 Posted by John Robinson Ed.D at 3:24 PM No comments: