“Empower” is another slippery word, used with good intentions, but when we really break it down, it can have a very negative connotation." Mark Adams, Courageous Conflict: Leading with Integrity and Authenticity

What does it really mean that we have empowered those in our schools and those who are followers? Lately, you hear this word "empowerment" a great deal in educational leadership discourse. It's almost a cliche. Yet, does it really have any meaning? Does it really mean that those in subordinate positions have any real power? Perhaps it means the head "Dude" in charge has decided to relinquish a little sliver of power to his underlings in order to give those below just a bit a hope that they have a bit of say. When empowerment is more about making the leader feel "good" about his lording over others, it is probably not effective. Empowerment is too often the "crumb" dangled before those in subordinate positions in order to motivate them to carry out the leader's agenda.

You can't motivate people with fake declarations of empowerment. You can't deceive people in carrying out your program by getting them to believe that they really have a say in the organization.

My advice to those who are told that they have been empowered is the same that Mark Adams offers:


"Consider that you have just been empowered.   What does that mean? Concisely, it means that those who have power are now saying they are temporarily giving us the power to do something, but we really do not own it or possess it."

Rhetoric about empowering others in our leadership is empty if we really do not mean it. It can't mean that we are temporarily giving power to others to do something; it means we are really willing to let go of control and trust others to carry out the tasks we have empowered them to do. Effective leaders who really empower others let go and trust. And, if things fail, they accept that failure and own up to the blame too. That's leadership integrity.
Posted by John Robinson Ed.D at 10:28 PM No comments:

Why Are Genuine Requests by Teachers for Fair Pay and Benefits Seen as Greed?

If you want to see greed, just look to Congress and the business world. It was their fault the economy crashed in 2008, though they still try to blame educators. The problem with all this is simple: we’ve allowed politicians, corporations, and businesses paint workers as “greedy” when they are simply trying to get a raise of a few percentage points, or have insurance that actually does insure them when an illness or injury occurs, and paying executives exorbitant salaries is perfectly acceptable. It is perfectly fine for a CEO or administrator at the top to demand more pay, but when classroom teachers or other state employees demand the same consideration from our North Carolina politicians, they are painted as part of a greedy labor union.

We need to shift the discourse back to the real truth! The ones who are truly greedy are those who are really taking home all the bread and leaving crumbs for everyone else: CEOs and “executives.” Just look at the Martin Shkreli Congressional hearings today. Are we really surprised when we see sarcastic smirks and smug smiles from the likes of Martin Shkreli when he testified before Congress to explain why he raised the price of a life-saving pill from $13.50 to $750 while CEO of a pharmaceutical company? Shkreli defends his role by saying his job was to earn the most money for his stockholders and himself, and shows absolutely no remorse. We’ve created a culture that worships money. Everything is “All about the money.” What’s even worse, making money “legally” is perfectly fine, nevermind if that way the money is earned is unethical. Add that fact that those who make the money are the ones who decided and enacted the laws, so of course it is all going
to be legal.

Amazing, North Carolina Can't Find Money to Give Teachers 10% Raise But They Can Give University Vice Chancellors One

Interestingly, it seems the UNC System Trustees gave whopping 10% raises to several vice chancellors, and gave the UNC Chapel Hill Athletic Director Bubba Cunningham a 10% or $58,388 raise, retroactive to July 1, 2015. (See “UNC Gives Raises to Top Administrators”). His annual pay is now $642,3268. Is it really surprising that our state would give that much of a raise to an athletic director? Not really. In a society that values athletics over education, and paying CEOs exorbitant salaries, it is not surprising at all. At least Bubba will not see his raise erased by increased health plan charges like most state employees and educators.

If 10% raises to university “executives” isn’t enough to ponder about this state’s priorities, it seems a rally against this plan to raise health insurance costs for state employees and educators was held at the Legislative Building in Raleigh today. (See the News and Observer article “NC Government Workers Slam Proposal to Raise Insurance Costs”). The article makes it sound like those greedy “labor organizers” and agitators are at it once again. They just don’t want to pay their fair share of health care costs it seems to suggest. They are just a bunch of greedy, mooching state employees. That kind of thinking never ceases to amaze me. An athletic director gets a $60,000 dollar per year raise and state workers who are simply trying to avoid having $120 to $180 of their $200 raise, or less if you are an experienced educator, taken back to pay for insurance. How is that greed?
Posted by John Robinson Ed.D at 9:53 PM No comments:

Even Though Controversial Health Plan Changes on Hold, Educators Had Better Remain Vigilant!

Apparently, the board planning to vote on changes to the NC State Employees Health Plan has decided to hold off voting on those controversial changes proposed earlier in the week. According to WRAL (See “State Heath Plan Will Put Off Discussion of Controversial Changes”) and emails from lawmakers, this board will only “vote on changes in store for 2017, including rises in costs for members.” That is certainly some good news to educators and state employees, but not entirely good news. Applause certainly goes out to all of North Carolina legislators who, no doubt, put pressure on this board to "hold off” on making the controversial changes. But "holding off” certainly does not mean the issue is dead. State employees and educators need to remain vigilant, because this will definitely come back in some form.

The increased costs in 2017 in the State Health Plan is still cause for concern. For example, after 20 plus years in education, I wish I could count the times that our state has engaged in a bit of “bait-n-switch” with our pay increases and health insurance. There have been quite a few times that they have provided raises to teachers, then, when the next health insurance cost increases come around, those increases immediately go to pay for the increased health insurance costs. This kind of switcharoo is common and is just plan old political practice in North Carolina. Politicians can say, with a straight face, that they gave teachers a raise, and even pass a lie detector test. After all, appearances mean a hell of lot more than truth and reality in the political game in North Carolina, no matter political party.

As I indicated earlier, educators and state employees need to remain vigilant, especially with a legislature known to put together some late night shenanigans to get things passed before anyone notices.
Posted by John Robinson Ed.D at 9:38 PM

According to a WRAL article “State Health Plan Board Could Remove Option Popular with Workers” our North Carolina Legislators and Governor Pat McCroy might even make it worse for educators and state employees when it comes to insurance. Due to our state politician’s demand to find savings, here’s just some of the ways our political leaders are trying to find ways to degrade our health insurance:

The deviousness and downright deviltry of our North Carolina political leaders never, ever ceases to amaze me. North Carolina educators enjoy salaries at the bottom of the barrel, and now, it seems, our legislature and governor have found yet another way to stick it to, not only educators, but this time, to all state employees. They are tinkering and destroying what little health insurance benefits we have left. Their deviousness never ends. I suggest all North Carolina state employees contact their legislators today and the governor’s office to object to this latest slap across the face. If you want to know more about this diabolical move to destroy our health benefits, check out this video.

So What If I'm Using Microsoft Office 365! It's Still a Good Bet!

I recently purchased Microsoft Office 365. I realize there's a great deal of "anti-Microsoft" sentiment floating around, but this office suite still has proven its utility, over and above any other office suite. It has features that make it so useful for my work as an administrator and my doctoral work and writing.

Microsoft Office 365 was worth the close to 100 dollars I spent. By using it you get Microsoft cloud space subscription as well. The value of an Office Suite these days, as with any productivity program is not always with all the things it can do and its features; it is its simplicity and access across devices. 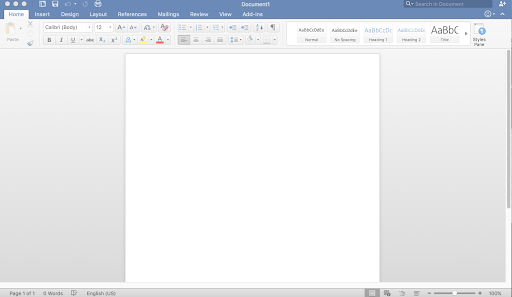 Posted by John Robinson Ed.D at 7:18 AM No comments: