Principals Who Are Classroom Teachers: Should This Be Common Practice?

This fall, I return to the classroom. Well, partially return to the classroom. I am going to be teaching Theater Arts this year, and serve as school principal. I've heard all the arguments over the years about administrators returning to the classroom to teach once in a while. The argument usually goes that administrators sometimes forget what it's like to face a classroom full of students. They need to return to the classroom once in a while as a refresher and reminder. There may have been times I've thought the same thing. After being in the role of an administrator for a few years now, I understand why that is not always possible. Still, I am both apprehensive and excited about the prospect of facing a group of students again. The apprehension comes from wondering whether my six years or so out of the classroom have made me forget all those little things every good teacher never seems to forget. The excitement comes from being able to forge teacher-relationships with students instead of administrator relationships, and there is a difference.

This year I want to try to maximize my professional learning by engaging in some of the following:


Ultimately though, is it a good thing for school-level administrators to also be teachers? Can you be both school leader and faculty teacher too? What do you think? Thoughts welcome.
Posted by John Robinson Ed.D at 11:51 PM 8 comments:

Common Sense Social Media Policies in Schools: Working with It Instead of Banning It

Since the state of  Missouri passed a law banning teacher use of online social media communications with students, states and districts across the country are stepping up their examinations of social media and its place in schools. Social media in general, and Facebook in particular has become the tool of the boogeyman and predator to lure children to do things they wouldn't do otherwise. In usual fashion, politicians and policymakers react in knee-jerk fashion to stories of teachers using Facebook and other social media in improper and illegal ways to implement bans and regulations. The whole problem with this approach is that it is the equivalent of taking a sledgehammer to kill a fly.

Truth be told, those who have the inclination to prey on our children, are going to prey on our children, and this includes teachers too. For the sake of disclosure here, I will admit my own reluctance in "friending" students, both current students and those I've taught who are now adults. At this point in my experiments with the social media, I haven't connected with either type of student. Still, the idea of "forbidding connections" made through social media is clearly an exercise in jousting with windmills. It will not resolve the problems it's trying to resolve. Those who engage in predatory behaviors towards children are going to do so, and banning social media isn't going to to stop them.

Then the question is, "What can policymakers and school leaders do instead?" "How can we address these growing number of cases where teachers engage in inappropriate behavior using social media?" Perhaps we should begin by thinking differently. Here's some suggestions to think about:

Ultimately, instead of wasting our time implementing and enforcing bans that prevent teachers and students from using social media as an effective communication tool, we need to become more educated about the true educational potential of social media, and be willing to take on the leadership role to shepherding our teachers in what it means to use it to foster professional relationships with students.
Posted by John Robinson Ed.D at 8:58 PM 2 comments:

One of the most difficult decisions in tight budgets and deciding how to spend what little technology money we have.If your school or district is like mine, you just don't have money to spend on iPad apps that won't be used.

I am not sure how useful these Smart Rules for Selecting iPad Apps are, but they have guided my decision making when looking for iPad apps. 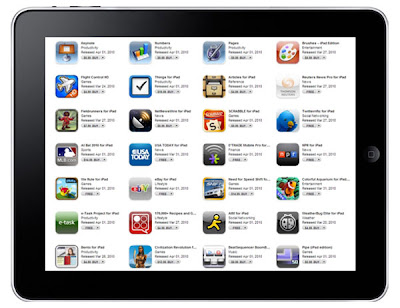 When the iPad apps are free, obviously selection is not an issue, but if you are selecting multiple paid apps, the expense for those apps can increase substantially. As more and more tablet and iPad devices find their way into schools, deciding on which iPad apps to invest in must done effectively.

Recently, a colleague suggested I try a web site called Symbaloo. Symbaloo is a visual interface that allows users to create what are called "Webmixes." A "Webmix" consists of content gathered from around the web. Each web site in a Webmix is represented with a tile and an icon, either selected by the user or derived from the web site. It is basically a tool to organize web sites and web services on one page. Users can share their Webmixes through social media or by URL. 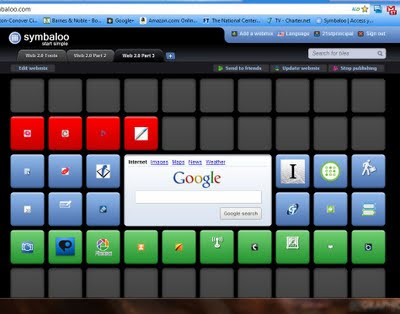 In my explorations for potential uses of this particular tool, I have planned to use Symbaloo in a Web 2.0 training session with teachers and administrators next week. I've created 3 Webmixes of Web 2.0 sites that I've stumbled across.

Symbaloo is an interesting idea. I can see using it to create specific Webmixes for specific audiences. For example, I could use it to create a Webmix of resources for my new teachers. It is a Web tool with potential uses. Feel free to check out my experimental Webmixes below.

My First Webmix of Web 2.0 Tools

My Second Webmix of Web 2.0 Tools

My Third Webmix of Web 2.0 Tools

Let me know if you see any more potential uses for this site.

Sometimes the simplest iPad app  is the most powerful. That has sometimes proven to be true for the desktop as well. Recently, I stumbled upon one of those "powerful, but simple" apps when I started using the Web 2.0 App and iPad app Simplenote. Simplenote is exactly what its name implies. It offers users the ability to take notes, and apply a simple tag to those notes for organizational purposes. Then, the note is accessible from the iPad, the web, from the desktop, and from smartphone. The desktop access to Simplenote is through an application called ResophNotes (which is downloaded from here), and there are a few Android apps that sync with Simplenote as well.


The premium subscription for Simplenote makes the app ad-free, and adds other features as well:
Simplenote isn't a replacement program for Evernote. It is a much simpler application that focuses on just taking notes. It gives users an environment to take simple notes and share them with others. Once you've installed the iPad app, third-party Android app, the ResophNotes desktop app, you have access to your notes anyplace you might be. Through Dropbox syncing, and that access expands even further.

Simplenote lives up to its name. While Evernote offers the same ability, it might be just a be more complicated for some administrator and educator tastes.. If you want a simple note taking app, Simplenote is the application for you. (To get started, set up a free account at the Simplenote Web Site.)
Posted by John Robinson Ed.D at 12:16 AM 1 comment:

Next week, I will be presenting to a group of educators in my district on the subject of "Must-Have iPad and Smartphone Apps." I did a blog post a short time ago, and that list hasn't change much, but there have been a few additions and deletions, mostly due to suggestions of those in my Personal Learning Network. Below is my current list of must have iPad apps that I will be sharing next week. Keep in mind I have not included content specific apps. Only those general apps that I find myself using as a part of my job and in my professional learning.

My two favorite tools for engaging and connecting with others are Twitter and Blogging, which will be the main focus of a training session I will be sharing next week. With Twitter I have connected with educators as far away as Saudi Arabia, India, and Australia. In my "Life Before Twitter" these kinds of connections would have been impossible. This is quite a contrast from my first classroom where I did not have a phone. The only connection to the world beyond those four walls was the intercom system, which sometimes worked and sometimes did not. Now, with Twitter, I can message other people who share my interests no matter where they are. And Twitter has also enabled me to connect with leaders in education that I would not have been able to network with in the past.

Blogging has served to accentuate the connections in my professional learning network in many ways. First of all, after reading my blog posts, others have freely shared their own ideas, thoughts, and comments with me. This makes posting to a blog a two-way or many-way conversation, with others giving me feedback and ideas. Secondly, with blogging, I have found myself engaged in our international conversation regarding education reform and educational issues of the day. It is through these exchanges that my own passion for public education is kept alive.

There is a global conversation occurring about education and we only need to engage a few tools like Twitter and blogging in order to be a part of it.

Here's my Prezi for the presentation next week.