Is It Reform or Is It Memorex? Nature of True Education Reform

Most of us who have been in education for some time remember the old Memorex cassette tape commercials. The one I remember has Ella Fitzgerald singing, and at the end, the voice over always asks, “Is it live, or is it Memorex?” Then a glass shatters. Here’s the video in case you missed or weren’t born yet. 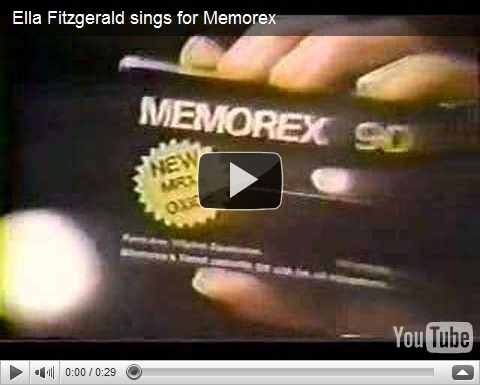 After 21 years in education, and hearing the word “reform” tossed around by at least four presidents and who knows how many politicians, I can’t help but sometimes wonder, “Is this finally it? Is this is the reform that’ll work and solve all of our problems in schools and in the classrooms. I don’t how many times as a classroom teacher I encountered the “latest reform” coming down from on high, only to discover a couple of years later that, “No, that’s not it.” Which usually happened when control of the legislature shifted from one party to the next. For example, the Democrats would be in power for a while, and they would promote differentiated pay, which allowed teachers to earn extra money for taking on extra tasks. Then the Republicans would sweep into power, and in a frenzy of budget cutting, wipe the money away for that program. That has happened repeatedly over the years, and it is a reality of our great political system.

Now, as an administrator, I am inclined to believe what Diane Ravitch states in her book The Death and Life of the Great American School System, “School reformers sometimes resemble the characters in Dr. Seuss’s Solla Sollew, who are always searching for that mythical land where they never have troubles, at least very few.” That fantasy keeps being replayed over and over as new policymakers move in, and others move out. The truth is, there is no magical solution or silver bullet that’s going to resolve out education problems. We keep searching for reform like it’s some pot of gold a the end of a rainbow. Like Ravitch states, “We will continue to chase rainbows unless we recognize that they are rainbows and there is no pot of gold at the end of them.”

Right now, our educational policymakers are chasing quite a few rainbows, perhaps not realizing that none of these are going to bring about true reform by themselves. Charters won’t do it. Merit pay won’t do it. Restructuring teacher pay won’t do it. The Common Core Standards won’t do it. STEM won’t do it. Early Colleges won’t do it. In fact, just about any single idea you propose, by itself will not do it. There is no single reform measure that is magically going to place the United States at head of the world achievement line. And to be honest, I’m not even sure that’s a worthy goal.

Then what do we do about reform? First of all, let’s quit chasing rainbows, or searching for silver bullets. Reform is hard work. Let’s roll up our sleeves and honestly look at what’s working and what’s not. Those things that are working and have worked, let’s hold on tight to those things. Secondly, let’s convince policymakers to back off and give us educators some room to experiment and innovate. How many times are we truly unable to try something new because it interferes with state testing, or violates some state board policy? If our leaders are truly for reform, they need to give us, those in the schools, some room to make things happen. And, they need to trust us as educational professionals. Imposing political agendas from on high won’t work.  Finally, let’s move our thinking about teaching and learning beyond what we currently know. We need to be willing to look at every aspect of classroom practice. We need to be willing to explore and try new ways of teaching. We need to move out of our teaching and learning comfort zones. We need to embrace technology. In short, we need to be willing to explore new ways of teaching and learning.

Being a educational veteran of 21 years, I naturally have a healthy level of skepticism when someone starts tossing the “r” word around. Questions explode across my mind when that happens and I am reminded of a variation of the Memorex commercial statement, “Is this real reform, or is it the latest political agenda?”