I just reviewed Diane Ravitch’s interview from a show called City Talk from CUNY. The message she started with her book The Life and Death of the Great American School System continues unabated. The Obama administration has continued the same destructive policies toward public education that were present under the Bush administration’s No Child Left Behind. President Obama has refused to listen to the logic and reasoning of educators, and he has chosen instead to listen to economists  and the “Billionaire Boys Club” who want to privatize public education. He has even placed individuals from the New Schools Venture Fund in key positions in the US Department of Education. These individuals have let it be known that they see charters and education privatization as the way public schools should go.

One analogy during her interview that I thought was interesting was when she referred to the impossible deadline set under NCLB 1.0 of having every child proficient by 2014. She likened that deadline like telling every city it must be crime-free by 2014, and if they weren’t crime-free, then policemen were going to be fired. That amply shows the ridiculous nature of the entire NCLB Act, and the foolishness of Race to the Top.

With the new administration, we now have Race to the Top which is NCLB 2.0. Obama’s threat to veto the recent war budget if funds were shifted to save teacher jobs shows just how inflexible this administration is in its beliefs regarding the salvation that test scores can bring. As Diane Ravitch points out in this interview, “Race to the Top is only NCLB with the screws turned tighter with its misguided emphasis on evaluating teachers by test scores.”

This administration and this current US Department of Education cares more about its ideology and blind faith in economists and the Bill Gates of the world than it does for students and the teachers of our great nation. I only hope our Great American School System can survive two more years of this current administration. 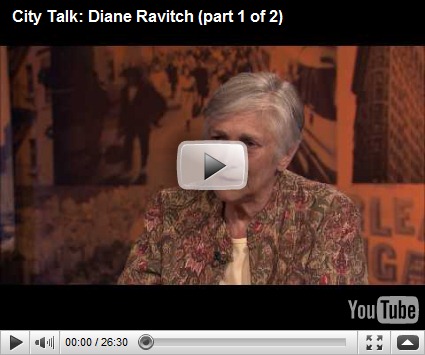