“Developing better tests of student learning in the 21st century is as futile as attempting to find a faster horse and buggy would have been in the 20th century.” Douglas Reeves, “A Framework for Assessing 21st Century Skills”

After last night’s #ncadmin chat about “21st Century Teaching and Learning” I could not stop thinking about questions regarding 21st century skills and assessment.  One question continues to haunt me: "How can we devise an assessment for 21st century skills?" That question made me recall an essay I once read by Douglas Reeves entitled, “A Framework for Assessing 21st Century Skills.”

According to Reeves, there are three qualities of assessment that form a framework for any 21st century assessments we need. 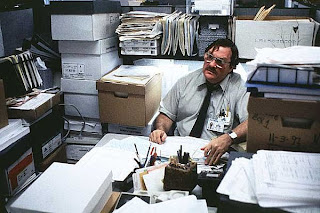 As Douglas Reeves argues, our insistence on comparing students test scores and standardization are serious obstacles to developing 21st century skills assessments. The old standardization model demands too many conditions that are antithetical to 21st century learning. School leaders need to have the courage to ask the tough questions of those who advocate for the “testing status quo.” As Reeves points out, “Educational leaders cannot talk about the need for collaboration, problem-solving, critical thinking, and creativity and at the same time leave teachers and school administrators fenced in by obsolete assessment mechanisms, policies, and assumptions.”

Too many politicians, policymakers, school leaders, and educators are protecting the “testing status quo” and refuse to relinquish those very conditions that keep us from fully transforming our schools. We have fenced ourselves into having 20th century schools by our own 20th century assessments and obsession for standardization and comparison of student test scores. Letting go of the “testing-status-quo” is an enormous step toward a 21st century education system.
Posted by John Robinson Ed.D at 11:48 AM