Creativity Inc: How to Sustain Creativity in Your School, District or Organization

"I would devote myself to learning how to build not just a successful company but a sustainable creative culture." Ed Catmull

There is no doubt that Pixar is one of the most creative companies in the world today. They have accomplished an "insanely great feat" by creating the first all computer animated feature film, Toy Story, at a time when naysayers were telling them it couldn't be done. Since then, they have created a series of computer-animated films that have thrilled kids and adults every where. One of my own most memorable times was sitting in a theater watching Finding Nemo and Cars with my toddler son.

What exactly does it take to foster the kind of organizational culture that is capable of doing what nobody else is doing? How can companies, schools and non-profit organizations create what Ed Catmull and Amy Wallace, the authors of Creativity Inc: Overcoming the Unseen Forces That Stand in the Way of True Inspiration, call a "sustainable creative culture?" Catmull and Wallace tackle that very task in this book with a rare combination of both narrative and common sense.

Catmull begins this book by telling his and Pixar's story, and a fascinating story it is. He describes the company's rise from a part of George Lucas's film company, Lucasfilm, through their partnership with Steve Jobs, to the present day as a company that churns out computer-animated films to anxiously awaiting audiences world-wide. Catmull's anecdotes and stories throughout the book remain true to one of his own philosophical beliefs about his business: creativity is about the story, and in this book he tells an engaging one for those fascinated with creativity and how it might be fostered within an organization.

In addition to the Pixar story, Catmull and Wallace also provide valuable insight throughout the book on how Pixar has been able to maintain its creative edge through the years. For example, Catmull insists that creative cultures must operate with transparency and candor. People who work in those cultures must have the freedom to speak their minds and feel that what they say matters. That's perhaps common sense to some leaders, but many seem to forget that, especially in the "top-down" reform environment we have in public education today. Catmull provides a valuable list of "Starting Points for Managing a Creative Culture" in back of the book. These "starting points" are referred to repeatedly throughout the book as Catmull and Wallace tell Pixar's story. What are some of these "starting points?"
This list of "starting points" by Catmull is extensive. They touch on subjects such as inviting failure and risk in the company or organization. Engaging the whole company is fixing problems is another one. From a leadership perspective, this list is truly a great starting point for fostering creativity in your organization.
While this book focuses on creativity in Pixar, a business designed to invent and innovate to stay alive, it is also an excellent book for school leaders and leaders of any organization to read in order to answer the question for themselves:


"How can we create a sustainable creative culture capable of tackling our most serious problems?"

Creativity Inc: Overcoming the Unseen Forces That Stand in the Way of True Inspiration is a book I see myself pondering and thinking about for some time. It is an outline for maybe getting your school or district, or company for that matter, on the road to creativity. As a leader, I am seriously pondering ways I can foster Catmull’s wisdom on creating a sustainable creative culture within my school. As a high school principal of a non-traditional high school, I see much of the wisdom of this book having the potential to transform schools and school districts into places where creativity rather than conformity thrives. Catmull's and Wallace's book is easily one of the most engaging and thought-provoking books I have read this year. 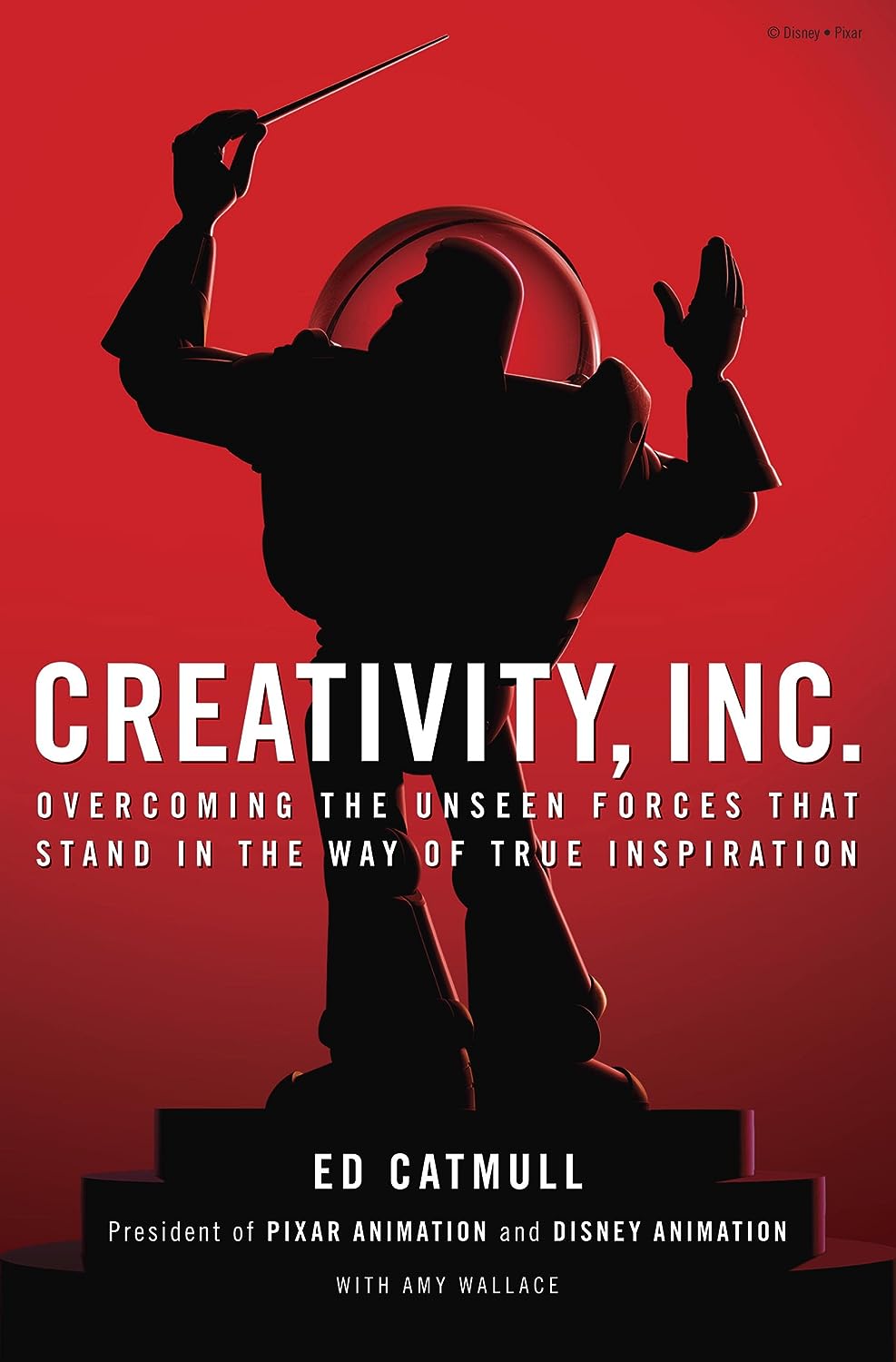 Email ThisBlogThis!Share to TwitterShare to FacebookShare to Pinterest
Labels: creativity, culture of creativity