Chris Fitzsimon at the NC Policywatch posted his Monday numbers on the NC Policywatch Blog. These numbers show the damage our state legislature and political establishment has wrought on public education since 2008. You can check out the complete numbers for yourself, but here's some that I think are indicative of the true value our state government places on public education.

If you really want a good picture of North Carolina's commitment to public education, check out these two:
I've heard all the tired arguments about "money won't solve the problems in public education." But I think the reality is in business and education, "You get what you pay for." Those who make statements like the ones above most likely have another agenda. They want public education gone, not reformed. Thanks to our current North Carolina General Assembly, we have begun the "Race to the Bottom" in earnest and are inching closer to that goal.
Posted by John Robinson Ed.D at 12:51 PM No comments:

Exercise and Physical Activity Must Be Part of 21st Century Learning

John Medina, developmental molecular biologist, has written an extremely readable book entitled Brain Rules: 12 Principles for Surviving and Thriving at Work, Home, and School. In it, he provides readers with a list of "12 Brain Rules" to guide them in getting the most from their own brains. The first principle he discusses in the book is "Rule #1: Exercise boosts brain power." I know from a workshop I attended a few years ago on brain research that exercise has beneficial effects on cognitive functioning. In his book, Medina makes this lesson even more clear. He asks the question, "Is there a relationship between exercise and mental alertness? The answer is, it turns out, yes."

Medina writes, "A lifetime of exercise can result in a sometimes astonishing elevation in cognitive performance, compared to those who are sedentary. Exercisers outperform couch potatoes in tests that measure long-term memory, reasoning, attention, problem-solving, even so-called fluid intelligence tests." So the rule for adults like ourselves? We need to get exercising in order to sharpen our minds. According to Medina, a walk for as little as 20 minutes a day will improve our cognitive performance.

What about our students? According to Medina, "Physically fit children identify visual stimuli much faster than sedentary ones. They appear to concentrate better. Brain activation studies show that children and adolescents who are fit allocate more cognitive resources to a task and do so for longer periods of time." So our students do benefit from physical exercise. Medina goes on to say"Physical activity is cognitive candy." He mentions the fact that school districts around the country are giving up physical education and recess because of the intense focus on test scores. "Given the powerful effects of physical activity, this makes no sense." He says that "Cutting off physical exercise---the very activity likely to promote cognitive performance---to do better on a test score is like trying to gain weight by starving yourself."

So what does Medina suggest? He suggests that instead of having students always sit at desks, have them walking on treadmills." Well, I know, we don't have treadmills, but we can look for ways to get students physically active. He suggests that teachers teach while students take a walk. Perhaps if you sense students' attention is waning, you might engage them in something to increase the flow of oxygen and blood to the brain. According to Medina, the evidence is clear that physical activity can increase cognitive functioning and alertness.

Medina's ideas about the efficacy of exercise and brain function isn't new. We've all heard it before. This might just serve as a reminder about the importance of our students getting physical activity.
Posted by John Robinson Ed.D at 11:23 AM 1 comment:

Note: I posted a variation of this to my parents in my Parent Weekly Email Update. This version, I address more to educators and 21st century educational leaders.

In her book Cyberbullying and Cyberthreats, Nancy Willard states, "Cyberbullying and cyberthreats are new concerns that have not been fully addres by the academic community." In fact, our students are receiving very little instruction from anybody regarding responsible online behavior and being an effective online citizen. Too often, efforts to address such knowledge is done as an add-on somewhere rather than an full set of principles and values that students should demonstrate while engaging in online activity.

In chapter five of her book, Willard provides what she calls "strategies to address negative influences of technology on behavior." This list of six strategies is an excellent starting point for teaching students how engage in responsible behavior as a 21st century citizen. I would encourage you to explore more fully Willard's book, Cyberbullying and Cyberthreats. 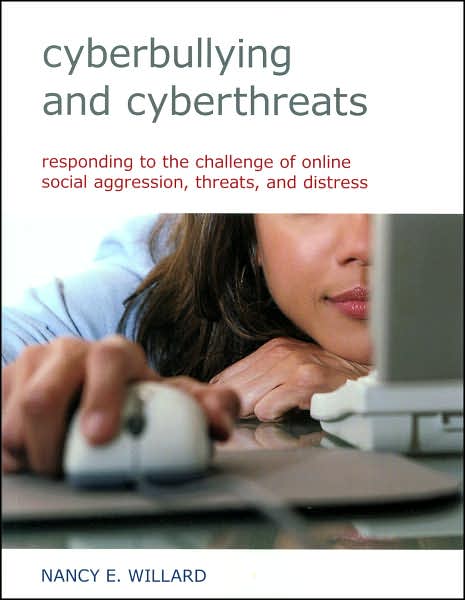 Posted by John Robinson Ed.D at 9:33 PM No comments:

Social Media Is Here to Stay: Get Out of the Way or Become Roadkill!!

A recent 2010-2011 study by the University of Massachusetts Dartmouth Center for Marketing Research had some interesting statistics regarding social media use in universities and colleges:


What the study also stated was that "unsurprisingly, Facebook and Twitter are the main social media tools for US higher education institutions." Yet, what are our K-12 politicians and education policymakers doing? They are banning the use of social media as a means to communicate with students and parents.

Instead of passing bans on connections between students and teachers on Facebook, and employing filtering software to block social media sites, the US K-12 public education system needs make a giant step in the 21st century and embrace social media tools as just one of the natural ways people communicate today. It is misguided foolishness to think that social media is magically turning teachers into predators, preying on our nation's children. That nonsense is driving school systems across the country to ban social media connections entirely between teachers and students. Unfortunately, those who do such things will do so. How about paying closer attention to those we hire as teachers instead? Blaming the medium for the problem never works.

Social media is here to stay. Education policymakers really only have one choice: accept it as a 21st century means of communicating, or be rendered roadkill.
Posted by John Robinson Ed.D at 10:19 PM No comments:

Teaching Is a Business of the Heart

NOTE: I included this segment in my weekly staff email update for this past week. Writer Parker Palmer has so much to say about the importance of taking care of the inside as we go about the business of being educators. I hope readers will find these words helpful.

Celebrated author of the book The Courage to Teach once wrote:

"We became teachers of the heart, animated by a passion for some subject and for helping people to learn. But many of us lose heart as the years of teaching go by. How can we take heart in teaching once more, so we can do what good teachers always do---give our heart to our students? The courage to teach is the courage to keep one's heart open in those very moments when the heart is asked to hold more than it is able, so that teacher and students and subject can be woven into the fabric of community  that learning, and living, require."

There is not a one of us standing in our classrooms today who did not become teachers for the two reasons Parker Palmer describes. We became teachers either out of love for a subject or a love to help others find the joy of learning. In the busyness of the birth of this new school year, it is so easy to get caught up in events and incidents that drive our days that we forget the true inner passion inside ourselves that made us teachers. Palmer repeatedly admonishes us to look back inward to recapture the spirit of what we do. He tells us that teaching is one of those callings that can't become just a job, it involves body, mind and soul. When we stand authentically in front of our students, we are teaching with all of ourselves. We are, as Palmer says, "Giving our hearts to our students," and that's why it truly takes courage to teach.

In the coming year, I challenge all of us, including myself. As Palmer suggests, let's reconnect with who we are, teachers. That is an inseparable part of our identity, because it is our passion. We must reclaim the relationship we have with the teacher within us, and with integrity build relationships and open our hearts to our students. That is the courage to teach and we all have that.

Thank you everyone for your tireless efforts in the beginning weeks of this school year to tackle the most important reason why we are hear, our kids. Through countless examples every day, you demonstrate to me that you have the "main thing" in focus and as a priority.

For an inspiring read about teaching, check out Parker Palmer's "The Heart of a Teacher: Identity and Integrity in Teaching" at this web address:
http://www.couragerenewal.org/images/stories/pdfs/rr_heart.pdf

Posted by John Robinson Ed.D at 3:32 PM No comments: