Are You a True 21st Century Leader? Importance of Courage and Character

"Courage trumps authority. It even trumps physical violence," writes Gus Lee in his book entitled Courage: The Backbone of Leadership.


There is no doubt that courage is central to leadership, and Lee's book emphasizes that over and over. At one point in the book, Lee describes a class he once had with Major H. Norman Schwarzkopf, the future general,  as his teacher. Schwarzkopf gave the class this scenario:

"Imagine that you and your troops for which you are responsible are on an international border. The enemy can cross it and strike at you with impunity. But you can't cross the border. That order comes from the commander in chief. Every night, the enemy crosses the border to kill and wound your men, who are Vietmanese Airborne volunteers in your care. Every night, you chase the enemy, but they escape at the border, where you stop, as you are ordered. Here's the question: when the enemy hits you again tonight, do you pursue them over the line? Or do you follow orders and halt at the border?"

Schwarzkopf then tells them, "There are two kinds of people in the world: leaders and careerists. Leaders have character. They act for what is right. They would die for their men. Careerists are self-centered, self-absorbed. They act out of selfishness. They sacrifice their men for a promotion. They lie to pump up results.They save their skins instead of others'. Careerists can't really lead because their men do not trust them and will not willingly follow."

"The correct answer for a leader is clear. You cross the border. You destroy the enemy to protect your men. You then take personal consequences to your career, knowing that you violated an order but acted for what is right. You feel pride in getting court-martialed and being reduced to private. Everyone's a leader or isn't. It's not rank. It's character."

I can't help but be moved by this story. I was when I read it. I am also equally moved by the question asked about whether I am leader or a careerist. How many of us become more concerned about our careers than for what is right? I happen to believe strongly that leadership is about character and integrity, and I certainly hope I'm not a careerist. 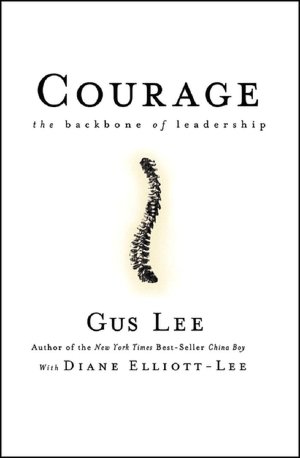